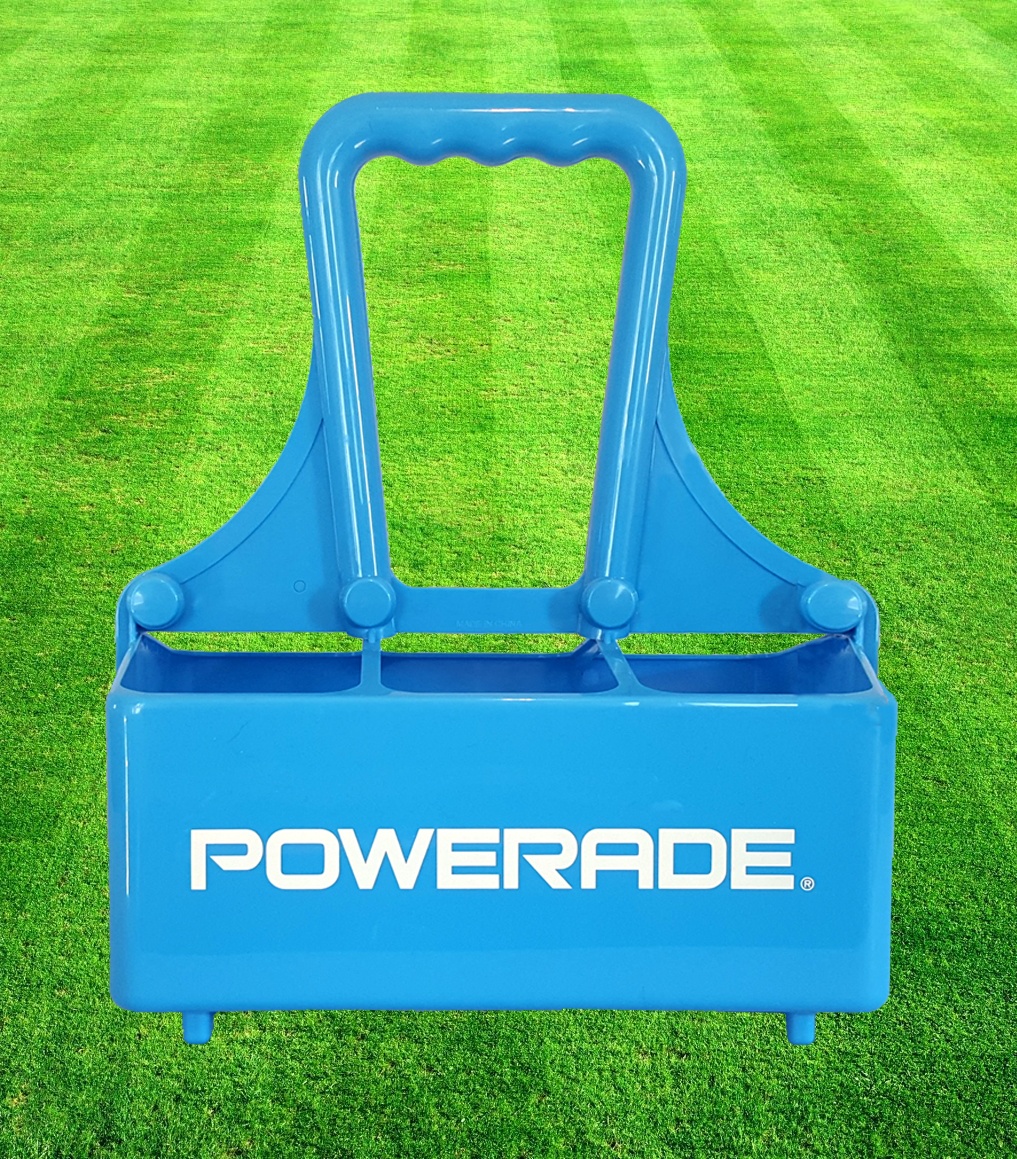 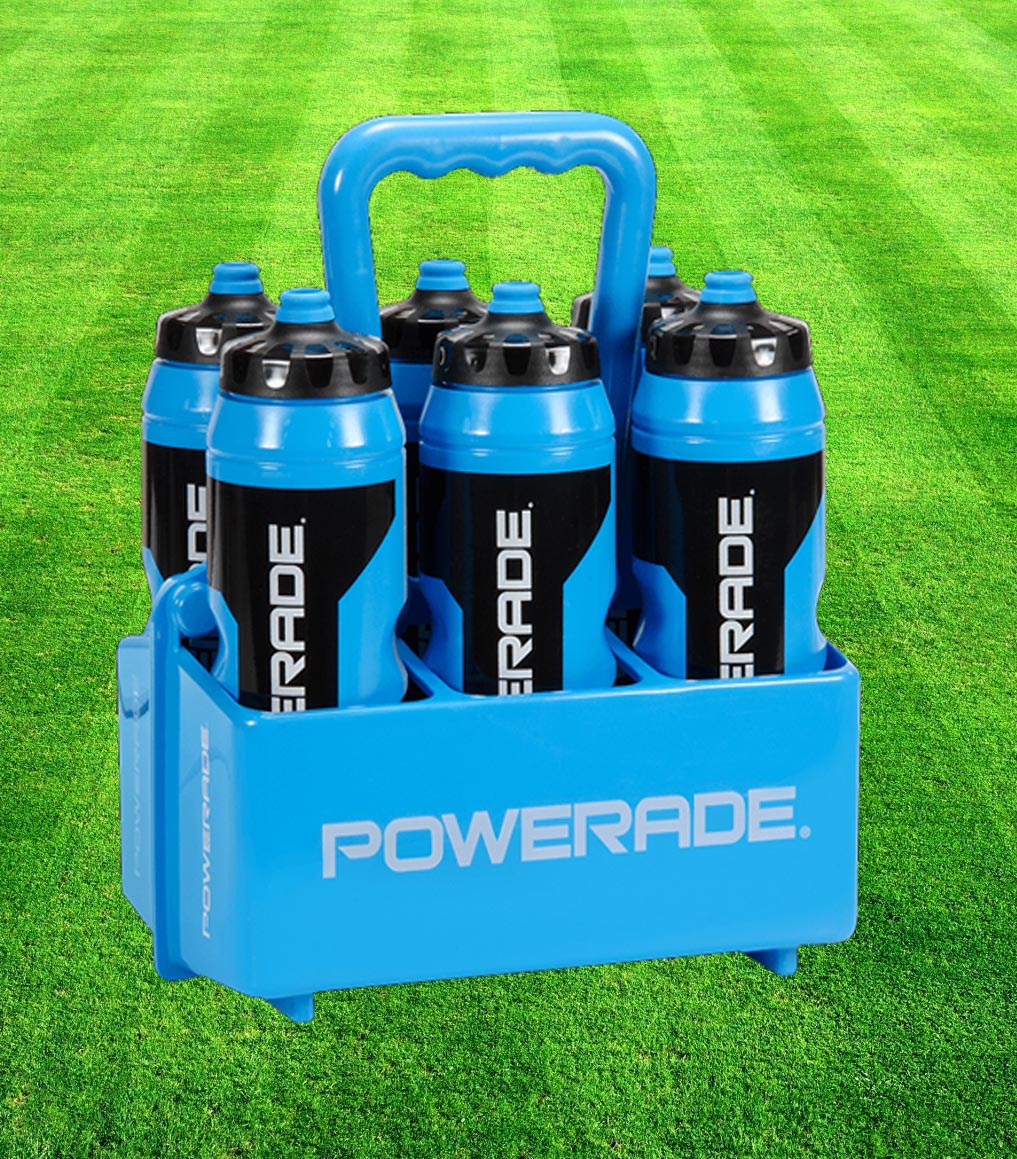 Exercise performance is impaired when an athlete is dehydrated by as little as 2% of body weight. Fatigue towards the end of a prolonged sporting event can result as much from dehydration as from fuel depletion.

Sports drinks inspire hydration by offering a variety of flavors in beverages that include calorie contents, which help replace body fuel expended during vigorous exercise. Athletic trainers observing athletes on the field during practice and on game day will dispense a balance between water and sports beverages to each player to optimize performance and safety.

At TeamSafe Gear™, we recognize that most young athletes prefer nationally branded products because of their association with professional team sports and athletes. Since 1988, Powerade has sponsored major professional and collegiate sporting events and tournaments including The Olympics, NASCAR, PGA, NCAA, FIFA, and many others.

These sporting events are seen by millions of people at sports venues as well as through televised broadcasts where the  brand is both on the field as the hydration sports beverage of choice as well as promoted through on-field advertisements and television commercials.

Choose TeamSafe Gear™, Custom-branded hydration equipment to promote the appropriate amount of water or sports drink consumption your team needs to increase performance during practice and on game day as well as to assure safety for all athletes on the field.